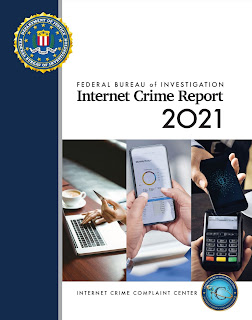 For several years, the #1 Cybercrime type has been Business Email Compromise followed by the #2 of Romance Scam. But this year, we had a change!  The criminals have discovered how many people don’t understand investing in cryptocurrency and have turned Investment Scams into a new money factory.

#1 is still Business Email Compromise, but with only a 3% increase in victims, there was a 28% increase in reported financial losses.  That’s an average loss of $120,000 per victim, compared to last year’s $96,700 per victim.